I was just with a company doing a document management feasibility study. As part of the work, I ask about other systems being used and what works or doesn’t work. This client said they had a Salesforce system for three years and found out no one was using it, so they stopped paying for the licenses.

First off, this tells me that no one was managing the system, because it took them three years to determine that the system was not being used. When I talked to the users, they said, one by one, they stopped using it and returned to their Excel spreadsheets and Word files stored on the shared drive. One person said she was not confident that the system was “secure” (she was quite clear on this) and, on further questioning, explained that she was unsure that other salespeople could not see her files and customers.

Second, they did receive training from Salesforce, but that was it. No one in-house supported the system, and the users didn’t call Salesforce for questions and support. This is also a sad, but typical, implementation issue–the company pays for training, and that is it. By the way, information technology (IT) can’t really support an application like Salesforce, because they don’t use it or support the application itself other than getting a password and doing some AD work.

MORE: Why You Should Audit Your Document Management Licenses

Third, the users were not really part of the decision to bring in a customer relationship management (CRM) software application, and the users were basically fine with the way they were doing business–no opportunities lost, no files lost or compromised and no real impediments to getting the work done. In other words, there was not a real pressing need to acquire this software because of productivity issues.

The above three “issues” are what I see over and over when I visit or audit a company and/or a failed system. I explained to this client that, as a rule of thumb, they should expect to pay three dollars on implementation expenses for every one dollar spent on the software application. In addition, these are not one-time expenses but are an ongoing expense for the life of the system.

While I am not surprised any longer by this type of situation, I am surprised at the lack of management and ownership of software applications in a company. A previous company I consulted with had an enterprise content management (ECM) system in which they were paying a full licenses fee when the system itself was only used by a small number of people and their use of the system was minimal. This also went on for three years before we started examining the use of the system and why it was not being used.

As a rule of thumb, they should expect to pay three dollars on implementation expenses for every one dollar spent on the software application. In addition, these are not one-time expenses but are an ongoing expense for the life of the system.

I know I may be preaching to the choir or the equivalent of blah, blah, blah and etc., but these same issues appear over and over. It is not a trend but more of a fact at this point. So, let me do some more preaching and say:
1. Users should be part of the process for any productivity software that they will be asked to use on a daily basis. Study after study has shown that without user buy-in, the system is doomed to become shelfware.
2. Even if the users buy in, the software has to make them more productive and cause them to use and learn more about the application. Users will simply not use the tool if they can’t get their work done. An example of this (I know this is unfair) is the growing dissatisfaction with SharePoint. It looks good on paper, but it is a bear to use, and users are turning away from using it.
3. Any software application, even a simple application like Dropbox, needs to be properly implemented and supported. This means that users need initial and ongoing training, someone knowledgeable to respond to questions and, as users become familiar with the application and want to press the boundaries, will need a support infrastructure that allows them to do extend the application.
4. All of the above can only happen if upper management actively supports and funds the application. Like the Salesforce example, management said, "use it," and did not check back for three years to see how that new expensive application was being used.

It is my belief that systems fail, not because of the software, but because the implementation and the follow-on work is not planned for as part of the life cycle of the system. A good example is MS Word–how many of us still use it as a typewriter and do not use any of the advanced functions? Why? Because there is no training to start with and no advanced training that is available via the company. We learn to do something, like use the "CTRL C" and "CTRL V" to copy and paste, because we saw someone else do that and said, “Hey, how did you do that?” If everyone used at least 30% of Word’s functions, not only would they be more productive, but their collaborators would also benefit and become more productive.

Going back to a simple application like Dropbox, most people learn the basics, but when they see the power of the application, they want to learn more. It is a process of small discovery steps that happens over time and for a variety of reasons, and not something you would learn unless you use the application.


Applications fail not because of the software, but because the implementation and ongoing support was not planned for properly.

Bud Porter-Roth has over 20 years of experience as an ECM consultant, with a focus on electronic document management, records management and paper document projects. Follow him on Twitter @BudPR or contact him at info@erms.com.

eBilling and eDelivery: Adapt, Change or Die Next

And the People Said, “Let There Be Governance!”
More From Bud Porter-Roth 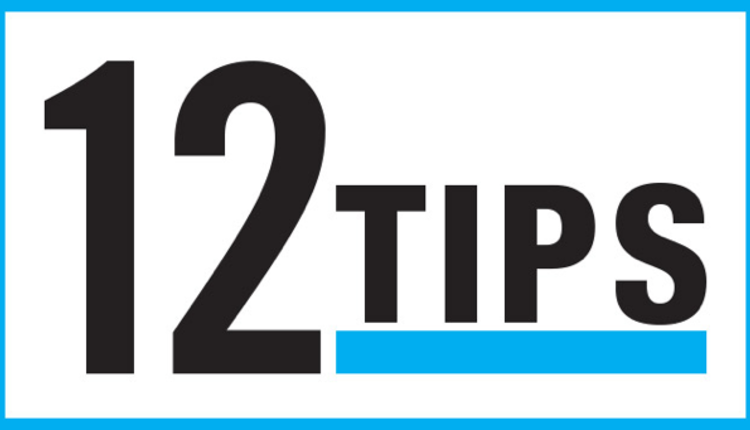 12 Tips for Your E-Signature Project Document Destruction and the Myth of Sisyphus How to Hire a Document Management Consultant E-signatures: Is There Any There There?