If a survey were performed on a group of random business people asking what they think of when they hear the words "project manager," it is very likely that a majority of them would say things like, "task master," "status report" or even "when will you be done with that?" It may be a stereotype, but most people think of the lower-level, task-oriented, micromanaging side of project managers when that title is mentioned.

While all project managers have to spend time tracking the completion of tasks and reporting status to the higher-ups, successful project managers spend more time focusing on key leadership skills that will make their careers—as well as their projects—more successful.

Neither one of these approaches will resolve the problem. A leader will sit down with her and confront the issue diplomatically. A project manager might say, "I've noticed that you don't seem to be engaged in the project lately. Is there anything I can do to help you?"
This approach may lead to any number of truths. The leader may learn of personal issues or something that happened on the project that the team member misinterpreted, but it can't be determined until the project manager is willing to confront the issue.

A project manager with strong leadership skills has the ability to organize not just physical things, like papers and electronic documents. Having organizational skills implies the ability to sort out the important from the urgent.

The weak project manager will say things like, "Because of the major production issue we're having this morning, I'm canceling our planning meeting." Granted, production issues are urgent and need to be addressed, but planning is important. Avoiding the important items only increases the likelihood and frequency of urgent issues occurring.

An organized project manager will delegate the appropriate people to the urgent issues and make sure the important items are still addressed.

MORE: 5 Ways to Get Users to Accept Change

Many people strive for management and leadership positions for the sole purpose of being in charge. They think that once they are in charge, they can make the decisions and tell people what to do.

True leaders see themselves as facilitators to decision making. They view the organizational chart as an inverted hierarchy, where they are at the bottom supporting the team.

A project manager with leadership skills knows that the team members are on the front line and have access to more details that affect decisions. A leader also knows that he/she is surrounded by smart people who can help form decisions the leader may have never thought of.

Collaborating with the team leads to better decisions and allows the team to be involved, creating greater buy-in from the team during execution.
4. Communication

Knowing what to say and when to say it is a skill more people need to strive for. The project manager with strong leadership skills gets to know the team and understands how each individual reacts to feedback. Some people are visual, some are auditory and some are kinesthetic (based on feelings).

A leader learns each person's style and adjusts the communication approach to each person. The leader also knows when to praise the person publicly and when to speak privately to provide constructive feedback.

Leaders also know the most important aspect of communication: listening. They allow the team members to speak and give them time when they need it, regardless of how busy a leader is.

Team members who report to the leader know they can speak their mind and aren't afraid of punishment or backlash when they disagree with the leader.
5. Inspiration

A great leader doesn't rest on his/her laurels. A leader seeks out mentors all the time to help grow both personally and professionally, seeking people that will teach and inspire him/her to new heights.

A leader takes that inspiration and pays it forward to mentor and inspire others to continue to learn and grow. Mentoring is not always about giving advice and sharing stories of lessons learned. Mentorship should inspire people to grow and be better than they are today.

When team members finish a project, they should walk away not only happy with their accomplishment. Team members should be inspired to take what they have learned from that project and apply it to their next endeavor.

Lew Sauder is a PMP certified project manager who has worked most of his career as a consultant with top-tier and boutique consulting firms. He is the author of Consulting 101: 101 Tips for Success in Consulting, Project Management 101: 101 Tips for Success in Project Management and co-author of The Reluctant Mentor. Follow him on Twitter @LewSauder.

Not Dead Yet! Document Imaging is Still a Viable Technology Previous
More from Articles

And the People Said, “Let There Be Governance!”
More From Lew Sauder How Organizational Behavior Can Contribute to Project Success 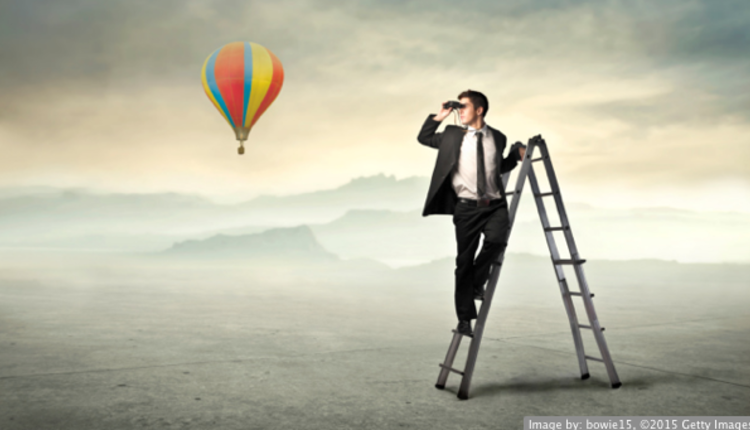