Home /All Articles /Articles /Beyond Hammers and Nails: Software Is Now About What It Delivers in the Real World
Related to:
Information Management | Governance In order to keep me sane on the plethora of planes, trains and automobiles that I use to traverse the world every spring and autumn chasing conferences—or more precisely, the European Union and North America—music is really important to me. Before each trip, I load up Spotify mobile into "offline" mode with a new collection of long play (LP) records (yes, as a vinyl hoarder, I still think conceptually of the old-fashioned LPs) and then play them to death on repeat. Usually, upon returning home, most get deleted, but there’s the odd one, which stays with me all year long. Last year, it was Kate Tempest’s stunning Everybody Down.

In the track "A Hammer," the lyrics of the chorus are:

When all you've got is a hammer, everything looks like nails

If you bow to the hand that damns ya, everything fails

The things you do, do you

The plans you hatch, hatch monsters

Unless you watch your moves

Your own fists will knock you unconscious

Now the "law of the instrument," as referenced by Tempest in the opening line—originally attributed to both Abraham Kaplan and Abraham Maslow, who came up with similar concepts in the 1960s—is one that should be familiar to both amateur do-it-yourselfers and information technology (IT) professionals alike. I’ll admit to knocking wooden dowels into an IKEA shelving unit using a book, because I had nothing else suitable in hand, as well as being present at several project meetings over the years where someone suggested we head down that well-trodden path that begins with, "Can’t we just use SharePoint for this?"

Both these examples are indicative of what you could call the "power of the incumbent:" Before you look at another tool, you have to be sure that the one you already have in your hand isn’t up to the task. If that’s a hammer–itself a versatile tool in many ways—it is tempting to treat everything as a proverbial nail, even if there is that nagging thought in the back of your mind that casts doubt on its suitability.

There’s an alternative, but parallel, view that can often creep in suggesting that "only hammers exist." This worldview assumes that the only tool that can be relied upon to do any task is the tool you have. We see this a lot in the software industry: When a vendor is asked about their competitive landscape, there apparently/allegedly isn’t one. As fellow analyst Tim Walters of Digital Clarity Group recently opined, “In my experience as an analyst, such offerings exist almost exclusively in the fantasies of those vendors and service providers who assert that they have no competitors. If true, this usually means that they also have no customers.”

Like the first rule of hammers, this second rule is easy to comprehend if you’ve spent anytime within the sales and marketing side of the software industry itself. The notion of differentiation here is important to vendors themselves in how they position competitively, especially when they wish to be in a good position within the technology brackets created and maintained by the analyst industry. For example, to fit into what an [X] is (e.g., a customer relationship management system), as defined by an analyst company, you must have feature or function [Y]. Y then becomes a subject of high importance. Everybody who wants to shuffle for position in that bracket compares and contrasts their own interpretation of what Y is and why their Y is superior to all other alternatives that are available. In the end, some or all will consider their Y to be so superior that it cannot any longer even be compared to other Ys out there—or even decide that it is actually no longer a Y but, in fact, a new thing altogether: a Z.

While this is all well and good within the rarified world of the software industry looking at itself from the inside, the view from the outside, where real-world customers live and work, is very different. It’s true that IT departments historically have a much closer affiliation with the "lingua franca" of the software vendor community, but as their role has changed from one of setting requirements for a line of business to one of receiving them from that line of business, those subtleties between specific technical details no longer resonate.

Here in the real world, we are no longer talking about hammers and nails. Instead, we just want to hang a picture or put up a shelf, send some marketing emails or get something quickly up and onto a website. The days of thinking of software in terms of what it is, or what it does, has been replaced by thoughts of "what it delivers." For it to be better than the tool already at hand is critical but not always adequate to replace it. To do that, it must firstly be as simple to grasp and as versatile to use as that hammer.

Matt Mullen is a senior analyst of social business for 451 Research, where some of his primary areas of focus are digital marketing and social media technology. Follow him on Twitter @MattMullenUK.

Why the Inefficiencies, Challenges and Risks of Using Shared Network Drives and Email for ECM Is Unacceptable Next

Big Data and Digital Marketing: It's About the Business in the Engagement Age Previous
More from Articles 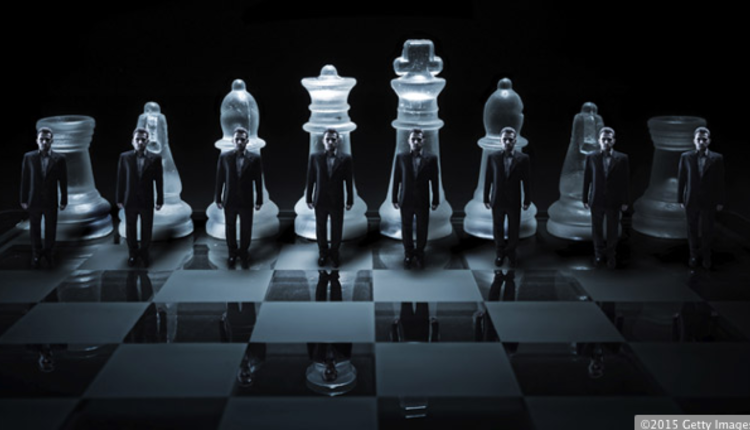 Approaching Your Customer Data: Why Your Repository Needs Oxygen