Home /All Articles /Articles /Why the Future Is Really Just the Past: What's in Store for 2015
Related to:
Information Management | GovernanceMarketing | Personalization

Why the Future Is Really Just the Past: What's in Store for 2015

December is the month where the law decrees that analysts and pundits have to make predictions for the coming year, everyone clamoring for column inches. Each hoping that it’ll be their wild speculation that will fill a million PowerPoint presentations in 2015.

Just for the record, we at 451 Research are guilty of writing forecasts; our 2015 social business trends are here. If you’re in the tech industry, none of them will come as especially surprising, since they are based broadly on what we’ve seen fermenting on our various travels, speaking to end users, integrators and software vendors alike. Most importantly, they are things we actually expect people will see on their agendas during the coming year, and if they haven’t already seen the signs, they can be forewarned and forearmed for when they arise.

Something becomes useful and practical not by merely appearing but when organizations finally have the capability and maturity to actually use it.

For as I droned on at length this year to my regular readers (thanks to you all!), social business in its current form has evolved into something approaching useful. Customer behavior has noticeably changed, but it did not happen overnight. For technology reaches its real point of mass usage long after the initial wave of hype has passed. In essence, something becomes useful and practical not by merely appearing but when organizations finally have the capability and maturity to actually use it.

A good case in point here would be marketing automation software, a market that underwent a mergers and acquisitions cycle between 2010 to 2014, where in excess of five billion dollars (just to be clear folks, that’s $5,ooo million!) was spent buying companies—the majority of which were over a decade old. Yet, as I wrote back in the summer, the adoption rates for this and allied digital marketing technology are still surprisingly low. Here's another example that proves that the mere existence of something new doesn’t immediately render everything that went before as obsolete.

It's why, in 2015, we expect to see venerable technology markets for digital asset management and digital commerce see an uptick in their fortunes. Both have been around for a good number of years–that’s not a way of saying that they lack innovation or have remained static in form by any means. Yet, for the most part, they have remained somewhat niche. It’s trends from outside those markets that connect the dots between them, which are likely to see greater mainstream adoption, such as organizations wishing to take greater control of their own supply chain and undertaking more first party direct sales to end users—creating not only a need for the means to illustrate products with imagery and video and connect a means of payment but also connecting these mechanisms to their resource planning systems. Yes, that means that–believe it or not–enterprise resource planning suddenly got cool again.

Now, I’m sure someone already has a tweet scheduled for 12:01 am on January 1, 2015, which says, “Where’s my flying car, eh?” (someone seems to do that every year), and notwithstanding the fact that someone recently did construct a hoverboard out of some leaf blowers and a shower curtain, next year will be the same as pretty much every year; one in which incremental progress will be illustrated through the grand ideas of the past finally becoming the practicalities of the present.

Matt Mullen is a senior analyst of social business for 451 Research, where some of his primary areas of focus are digital marketing and social media technology. Follow him on Twitter @MattMullenUK.

EFSS: It’s Time to Fish or Cut Bait Next

How Is Your Mobile Strategy Working Out for You? Previous
More from Articles 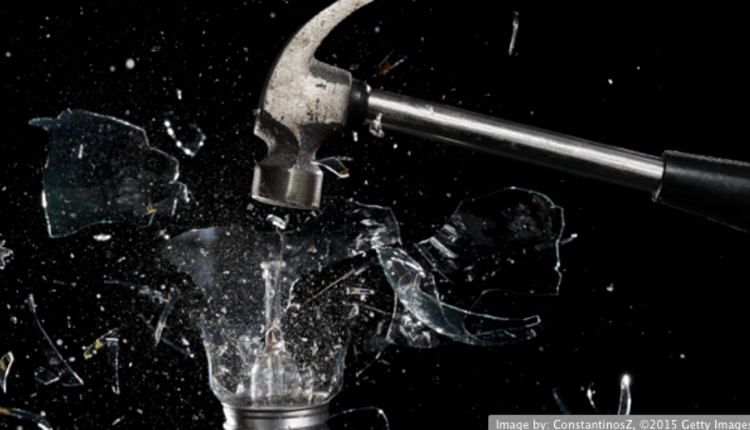