State of the Market: Transactional Printing Many people are quick to
point out that transactional printing is a declining market, but then again,
most printing markets are. Overall book manufacturing is shrinking; direct mail
is significantly down compared to its all-time high in 2006; magazines,
newspapers, you name it. The main difference with the transactional market is
that it is dominated by digital printing. In most other print markets, while
conventional ink on paper processes continue to dominate, digital print volume is
increasing to accommodate shorter print runs and just-in-time inventory. By our
estimation, in recent years, the transactional printing market in North America
has declined at a rate of about two percent to three percent per year—not a
disastrous decline but enough to shake things up. We recently reassessed the
transactional market in North America to gauge how it fared during and in the
wake of the recession.

Although the recession drastically
impacted direct mail and other print markets where spending is discretionary,
transaction mail initially fared better. There was clearly some impact as
transaction mailers consolidated mailings and, in some cases, cut back on the length
and frequency of statements but nothing compared to the drop-off in direct
mail. Over the last few years following the official end of the recession,
however, direct mail has picked back up, but transactional mail has not.

Top-line numbers for mail
volume in the US are down dramatically in recent years but don't necessarily paint
a very detailed picture. US domestic mail includes First-Class consumer mail
(single-piece), First-Class business mail (presorted transaction mail and
standalone First-Class advertising), Standard Mail (all of which is sent by
businesses) and miscellaneous other mail and packages. Each of these mail
categories, however, fared quite differently before, during and subsequent to
the recent recession. Electronic diversion clearly impacted consumer mail much
earlier and in more dramatic fashion than business mail. From 2006 to 2010,
consumer (single-piece) mail lost about 35% in volume, while business mail
(First-Class and Standard combined) lost about 15% in volume. From 2010 through
2012, consumer mail continued to fall precipitously at an annual rate of about
-9.0%, while the rate of decline for business mail slowed to about -2.5%.

First-Class business mail
is dominated by transactional mailings, such as bills, statements and confirmations.
Most of the advertising mail sent First-Class is in the form of ride-along
inserts with transactional documents. TransPromo has made relatively little
impact on insert volume since overall adoption has been modest. In addition,
insert advertising has benefitted from the US Postal Service's (USPS's) extra
ounce incentives. Standalone First-Class advertising, however, dropped
dramatically during the recession. First-Class secondary advertising (inserts)
decreased by only 0.3% between 2007 and 2009, while standalone First-Class
advertising declined by 26.4%.

From 2006 through 2010,
First-Class business mail declined in volume at an annual rate of about -1.7%,
while Standard Mail declined at an annual rate of about -5.3%. From 2010
through 2012, the rate of decline in Standard Mail improved to about -1.7. The
drop-off in First-Class business mail volume, however, has shown little to no
improvement and its rate of decline (-4.0% from 2010 through 2012) is more than
twice that of business mail. These numbers highlight the fact that First-Class
Mail volume is largely consumer-driven, and once consumers adopt paperless
bills and statements, they are unlikely to return to paper, while Standard Mail
volume largely reflects discretionary advertising expenditures.

During the recession,
advertisers quickly migrated to cheaper online media, but transaction mailers,
by necessity, continued to send bills and statements. Yet, the recession did
serve to reenergize the efforts of mailers to find ways to reduce the cost of
transactional mail and to entice customers to accept paperless delivery. So
while direct mail will probably grow as the economy improves (knock on wood), we
expect the decline in transactional print volume to accelerate to a rate of four
percent to five percent annually.

We typically interview and survey the largest trans-actional providers
for our studies, since the market is top-heavy, with a relatively few major
players generating the majority of volume. For the most part, these providers
have weathered the downturn in transactional volume through consolidation and
by gaining volume at the expense of competitors and outsourcing. In recent
years, however, we see a heightened awareness among large providers of the
long-term impact of electronic displacement on print. In Canada, more than
two-thirds of the transactional print providers we recently surveyed indicate
they have experienced a negative impact from electronic bill presentment and payment (EBPP) on their
transactional print volume—up from 60% a year earlier. In the US, only about
one-third (32%) of the respondents indicate that electronic delivery has not
negatively impacted their transactional print volume, 60% say there has been
some impact on transactional print volume and the remainder are not sure. About
40% of the respondents indicate that the impact has been less than five percent
while about 47% estimate the impact has been from five percent to 10%.

Although a great deal of
attention has been paid to TransPromo, or using bills and statements as
delivery vehicles for promotional content, it is by no means making a significant
impact. It is growing but from a small base. It is, after all, very difficult
to do well, and not all providers or clients are willing or able to make the
effort. Beyond TransPromo, there are many opportunities in the use of full-color
inkjet printing to improve the legibility and effectiveness of documents and to
eliminate pre-printed forms. Most large transactional providers are also
offering a variety of other value-added services, such as EBPP and multi-channel
delivery.

The outlook for the transactional
market is not all gloom and doom, as many would have it. Volume will continue
to contract, as it will in many other print markets. It is, however, a very
important market—one of the largest served by digital printing and the source
of a recurring revenue stream for providers. Inkjet is making a big impact on
the market, and vendors of finishing equipment continue to innovate and improve
the manufacturing process. Numerous opportunities remain for both service
providers and corporate in-house organizations to reduce costs, increase
productivity and expand their service offerings, but they will have to do so in
an increasingly competitive climate.

DAVID DAVIS is a director for INTERQUEST, a market
and technology research and consulting firm in the field of digital printing
and publishing. He has more than 25 years of experience in the printing
industry and is the author of numerous industry reports, publications and
educational programs on a variety of industry topics. Contact Mr. Davis at 434-979-9945
or visit www.inter-quest.com.

And the People Said, “Let There Be Governance!”
More From David Davis 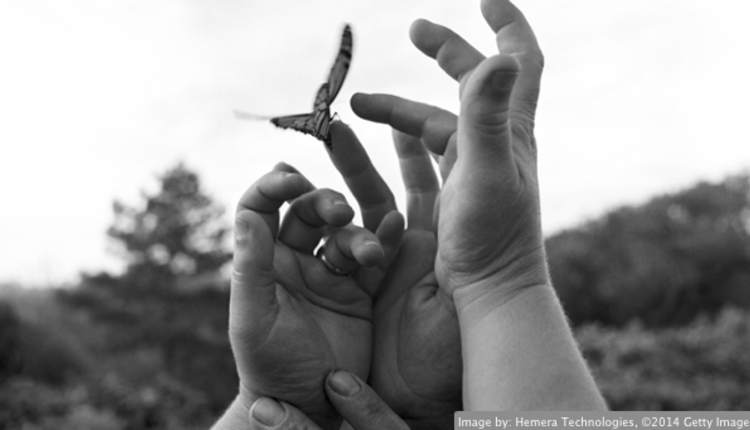 The Rise of Inkjet Printing: How Transactional Production Is Transforming A Tale of Two Worlds: The State of Transactional Printing Book Printing Will Be Just Fine, Thank You Direct Mail Proves to Be Resilient, But Change Is on the Horizon It's Not Over Until It's Over: The Rise of Digital Printing Is Changing the Dynamics of the Book Printing Market
comments powered by Disqus
Related Miracle on Document Street: Solution Providers Need to Think About Collaboration and Integration Are You Validating a Bullet-Proof Production Process with Automation?