Once the right price points are achieved, the scope of RFID applications is limited solely by the ingenuity and imagination of the user. Aside from supply chain management, here are some of the most popular applications:

As use of RFID tags proliferated, it was inevitable that eventually someone would reason that if RFID technology can keep track of animals, then why not humans? In 1998, British professor of cybernetics Kevin Warwick implanted a chip in his arm and found no adverse effects. Soon afterward, night clubs in Barcelona, Spain and in Rotterdam, the Netherlands, started employing implantable RFID chip technology to identify their VIP customers, who use it to pay for club admission, drinks and other membership activities.

In October 2004, the FDA approved USA's first RFID chips that could be implanted in humans. The 134-kilohertz RFID chips from VeriChip Corporation incorporate personal medical information that could save lives and limit injuries from errors in medical treatments. In 2004, the FDA also issued a ruling that initiated a final review, which determined that RFID technology could be used to identify patients and/or permit relevant hospital staff to access medical records. Since then, a number of US hospitals have been using RFID systems for workflow and inventory management. The use of RFID to prevent mix-ups between sperm and ova in IVF clinics is also being considered.

As soon as the application turns to tracking and identifying humans, privacy concerns emerge and abound. The Baja Beach nightclub in Barcelona has provoked apprehension about confidentiality of data pertaining to individuals, as they can potentially be tracked wherever they go by an identifier unique to them. Nurses and other hospital staff may be subjected to increased surveillance of their activities or to labor intensification from installing RFID systems in hospitals. Law enforcement officials have proposed to use a strong cryptography-based scheme to generate forensic evidence that two RFID tags were in proximity at the time of scanning. The fear is the practice could lead to abuse by an authoritarian government or otherwise could lead to deprivation of privacy and individual freedom.

At a conference in New York City on July 22, 2006, Reuters reported that two hackers had demonstrated that they could clone the RFID signal from a human-implanted RFID chip, proving that the chip is not hack-proof as was previously believed. Also in 2006, RFID tags were included in new US passports. Currently, around 13 million are produced annually. The chips store the same information that is printed within the passport and contain a digital picture of the owner. After widespread criticism and a clear demonstration that special equipment can read the passports from 10 meters (33 feet) away, the passport design was changed to contain a thin metal lining to make it more difficult for unauthorized readers to "skim" information from the passport when it is closed.

The latest development in RFID technology involves the use of electrochromic displays, potentially the cheapest of all printed digital display technologies. Their low cost makes it possible for them to be sold in high volumes, which means they can be put to use in applications where digital displays are not ordinarily employed. Developed by a company called AJJER (www.ajjer.com), the new RFID displays allow printable electronics to add display capabilities to RFID assemblies that eventually will be attached to hundreds of billions of products. The US company is developing ultra-low power electrochromic displays and indicators that operate at less than 2.4 volts and within a range of one or two meters. The printed displays consist of three layers, including the conductive layers, and are non-emissive, which allows them to be read easily in bright light and at wide viewing angles.

Once the technology is made available to wholesalers and retailers, a few of the many possible electrochromic tag applications would include:

The printable displays are ingeniously priced. All electrochromatic displays use an electrolyte "inkbCrLf that the printer applies to a substrate (paper, foil, etc.). The "inkbCrLf is made with a novel formulation of special chemicals and nano-particles. AJJER tunes its ink to match the persistence requirements of the display, whereupon they are licensed to "toll companiesbCrLf that sell the inks to customers. Then the company collects a revenue/royalty stream from the toll companies to which they have contractually agreed.

As it usually is with emerging technologies, those who can anticipate both the intended and unintended consequences of the new RFID paradigm will best be able to profit from them. Those who cannot will be left to bob in the bits and bytes of RFID's electronic wake - along with the flotsam and jetsam of old, fragmented technologies and antiquated business models. 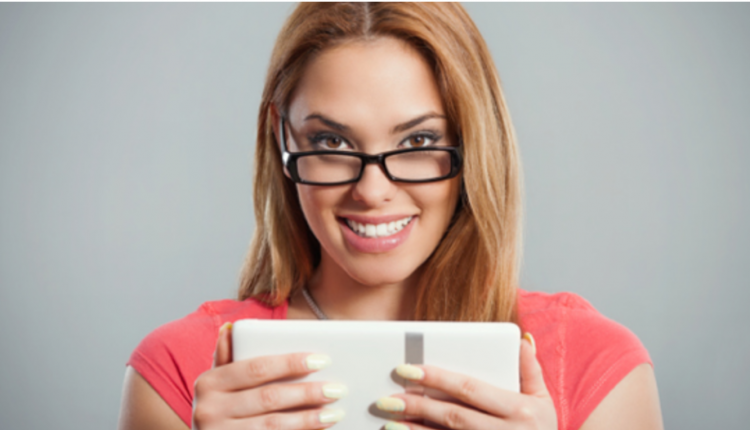 The Age of the Customer Leaves Banks Ripe for Disruption